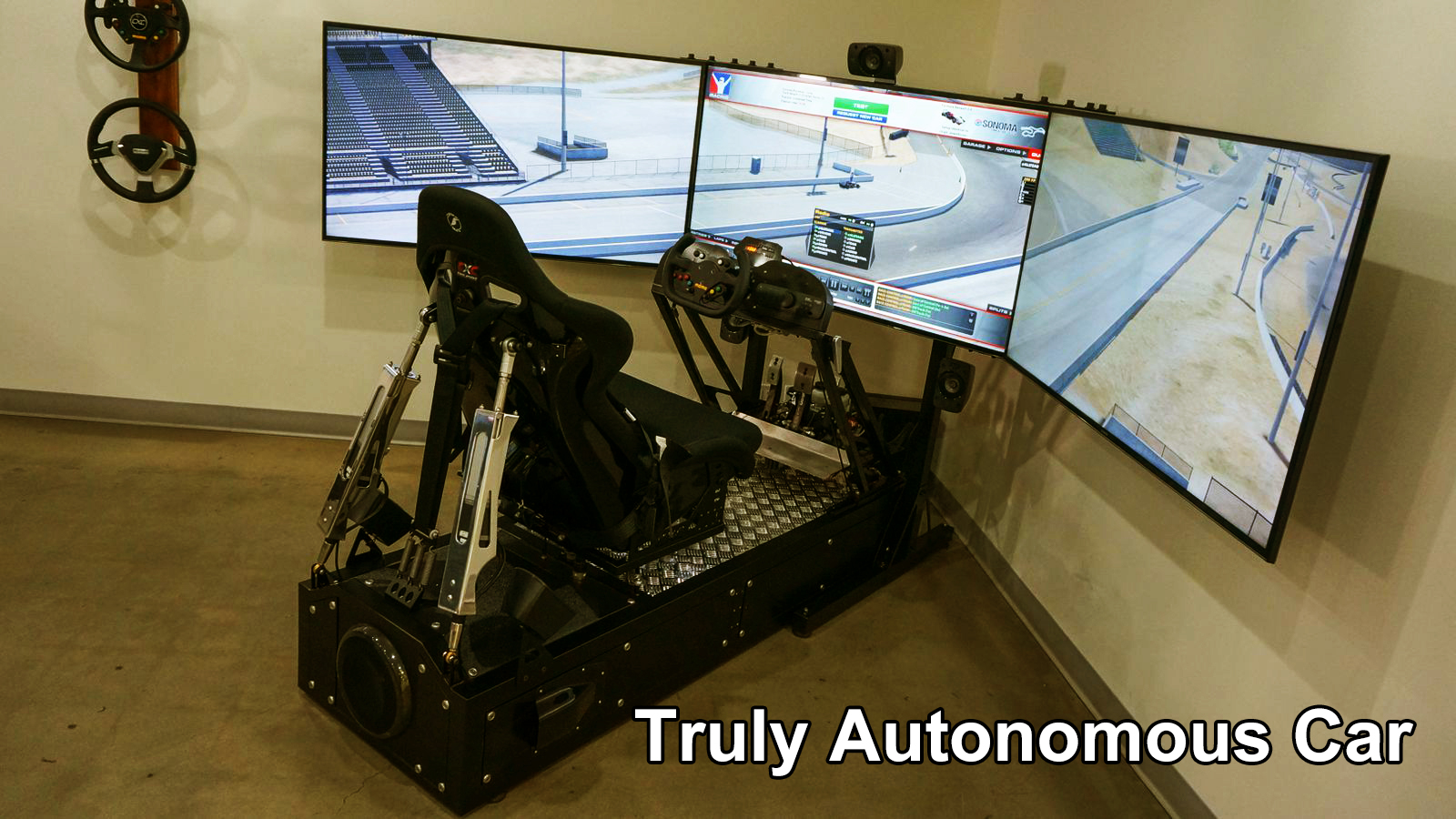 Autonomous vehicle (AV) startups have raised tens of billions of dollars based on promises to develop truly self-driving cars, but industry executives and experts say remote human supervisors may be needed permanently to help robot drivers in trouble.

The central premise of autonomous vehicles – that computers and artificial intelligence will dramatically reduce accidents caused by human error – has driven much of the research and investment.

But there is a catch: Making robot cars that can drive more safely than people is immensely tough because self-driving software systems simply lack humans’ ability to predict and assess risk quickly, especially when encountering unexpected incidents or “edge cases.”

“Well, my question would be, ‘Why?'” said Kyle Vogt, CEO of Cruise, a unit of General Motors (GM.N), when asked if he could see a point where remote human overseers should be removed from operations.

“I can provide my customers peace of mind knowing there is always a human there to help if needed,” Vogt said. “I don’t know why I’d ever want to get rid of that.”

This is the first time Cruise has acknowledged the long-term need for remote human operators.

Like air traffic controllers, such human supervisors could be sitting tens of hundreds of miles away monitoring video feeds from multiple AVs, sometimes with a steering wheel, ready to step in and get stuck robot drivers moving again – AVs invariably stop when they cannot figure out what to do.

Alphabet Inc’s (GOOGL.O) Waymo and Argo, which is backed by Ford Motor Co (F.N) and Volkswagen AG (VOWG_p.DE), declined to comment when asked the same question.

GM recalled and updated software in 80 Cruise self-driving vehicles this month after a June crash in San Francisco left two people injured. U.S. safety regulators said the recalled software could “incorrectly predict” an oncoming vehicle’s path, and Cruise said the unusual scenario would not recur after the update. read more

For some, the idea that human supervisors could be here to stay raises more doubts about the technology.

Truly autonomous vehicles are far behind the optimistic rollout schedules predicted just a few years ago.

In 2018, GM sought U.S. government approval for a fully autonomous car without a steering wheel, brake or accelerator pedals that would enter its commercial ride-sharing fleet in 2019. That vehicle, the Cruise Origin, now is not slated to begin production until spring 2023, Vogt said.

In 2019, Tesla Inc (TSLA.O) CEO Elon Musk promised a million robotaxis “next year for sure” – though his company’s “Full Self Driving” offering has been criticized because its cars are not capable of driving themselves without a human behind the wheel and ready to take manual control in an emergency.

In a June interview on YouTube, Musk said developing self-driving cars was “way harder than I originally thought, by far.” But when asked for a timeline, he said Tesla could make it “this year.”

Tesla did not respond to a request for comment for this story.

The undelivered promise of true autonomy has raised the stakes for the AV industry.

“If these companies don’t succeed over the next two years, they’re not going to exist anymore,” said Mike Wagner, CEO of Edge Case Research, which helps AV companies assess, manage and insure risk. “It’s a case of put up or shut up at this point.”

Many AV startups today use humans as remote supervisors, alongside safety drivers sitting behind the wheel. read more

Those remote humans are an additional expense, but help self-driving cars handle edge cases. These could include something as basic as an unfamiliar set of lane closures during road construction, or erratic, unpredictable behavior by pedestrians or human drivers.

When a robot driver encounters an edge case, “it puts its hands up and says, ‘I don’t know what’s going on,'” said Koosha Kaveh, CEO of Imperium Drive, which is using humans as remote operators for cars in the English city of Milton Keynes. Over time, those people will act as “air traffic controllers,” supervising a growing number of autonomous cars.

Cruise’s Vogt says the company’s AVs on the roads in San Francisco currently rely on humans less than 1% of the time. But across hundreds, thousands or even millions of AVs, that would add up to a significant amount of time stopped on the road waiting for human guidance.

Imperium Drive’s Kaveh said as more self-driving cars – which are more predictable than humans – hit the roads the number of edge cases will drop, “but you will never get to zero edge cases.”

“Even decades from now you will not get to 100% truly autonomous vehicles,” Kaveh added.

The need to tackle edge cases and cut the costs of everything from sensors to the number of humans in the loop in order to get to market has also intensified because investor funding for autonomous cars has plummeted.

Doubt has crept in as investors puzzle over how soon autonomous business will turn profitable. Simpler or slower AVs like trucks or last-mile delivery services operating on highways or on set, low-speed routes are likely to reach profitability first, but will still take years to get there.

Autonomous systems are not as capable as people because their “perception and prediction algorithms are not as good as how a human brain processes and decides,” said Chris Borroni-Bird, an independent consultant who previously led advanced-vehicle programs at GM and Waymo.

For instance, a human when seeing a ball roll into the road – harmless by itself – will assume it could be followed by a child and hit the brakes far quicker than an AV, Borroni-Bird said.

“I am concerned that AV companies will rush to market without proving the safety is better than human-driven vehicles,” he added.

The problem is there are “tens of billions of potential edge cases” that AVs could encounter, said James Routh, CEO of AB Dynamics (ABDP.L), which conducts tests and runs simulations on cars including on the advanced driver-assistance systems (ADAS) that are the foundation of autonomous driving features.

“But there are so many variables such as weather, you can take an edge case and then have to layer in all the different variants,” she said. “It’s truly millions of outputs.”

In its track tests for cars, AB Dynamics employs a robot arm that it plans to retrofit on slow-moving mining and agricultural trucks to make them largely autonomous.

He does not see that scenario working for vehicles in faster, more open environments because it could be difficult for remote human supervisors to react quickly enough to dangers.

Within the next 12 months, British online food delivery and technology company Ocado Group Plc (OCDO.L) will roll out a small fleet of driverless delivery vehicles with autonomous vehicle software startup Oxbotica – backed by remote human supervisors – that will operate on just a few streets on set routes in a small UK city and never drive at speeds above 30 miles (48 km) per hour.

“At 30 miles an hour, if a vehicle panics, it can hit the emergency brake and seek help,” Ocado’s head of advanced technology, Alex Harvey, said. “This feels like a very viable strategy at low speed.”

“But you can’t play that game on a motorway,” Harvey added, because hard stops in edge cases would pose a safety risk.

Harvey said it should take around five years for Ocado to develop a profitable driverless delivery system. More than half of Ocado’s UK customers could be reached with AVs driving no more than 40 mph he said. Eventually, the service could be rolled out to Ocado clients like U.S. retail chain Kroger Co. (KR.N)

REUTERS was the source of this article: Truly autonomous cars may be impossible without helpful human touch | Reuters

No comments to show.